Get fresh music recommendations delivered to your inbox every Friday.
We've updated our Terms of Use. You can review the changes here.

by July For Kings 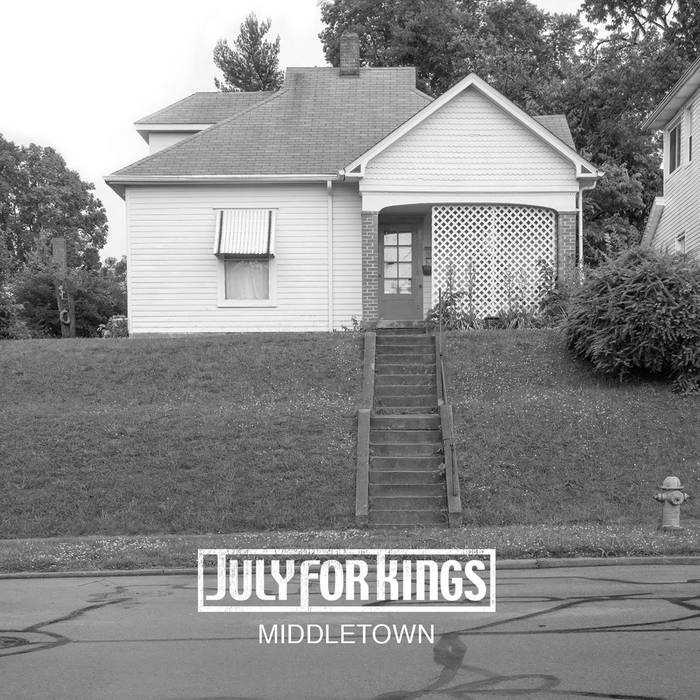 Austin Cross A very melodic album to listen to. Like their last album, you can listen to it while you are driving your car or anything else for that matter. A fantastic album with masterful tracks and magnificent songwriting and mind-blowing instrumentation. Favorite track: Kite.

Middletown is July For Kings first album in over five years, and has been described by the band as a return to JFK's signature sound, complete with crushing distorted guitars, melodic hooks and vignettes of American midwestern life. Songwriter and lead vocalist Joe Hedges elaborates, "this album is really for the fans. As we have grown in different directions as individuals, July For Kings as an entity retained a power and importance for a lot of people, and this album is a way of respecting that for ourselves and for listeners."

The carefully balanced post-grunge and pop sensibilities of Middletown, grounded by Hedges' consistently thoughtful and personal lyrics mean the record has more in common with JFK's 2001 MCA debut SWIM than any other July For Kings or Joe Hedges effort. Hedges explains, "the songs were all written over a period of several months so I think they stick together pretty well. We were really deliberate about making a record that was big but could still be sensitive. I've always enjoyed albums that are dynamic, that show a range of human emotions."

The power-pop inspired track six is about Middletown, Ohio, the album's namesake and the high school stomping grounds of Hedges and drummer Dan McQuinn (who also contributed some production to the record). "Middletown is a pretty typical small town. I always liked the connotations of the name, Middle-Town as in middle of America, middle of the road, etc. The city has some economic problems like any other rust belt city, but also is home to some extremely hard-working and generous people." Hedges and McQuinn met in Middletown, OH as kids and "used to watch each other's high school bands perform Tool covers. The song is just about growing up there--playing music, driving cars, attempting to talk to girls".

Other tracks range from aggressive nearly-metal "Climb" and "Back to Life" to acoustic ballads like "Believe Me" and "Tarantula". The album somehow holds together, despite five years of recording, ten studios and a wide range of stories and moods. While the record is guitar-heavy, there are some much appreciated moments of cello, piano and even trumpet to keep listeners engaged while adding some musicality.

Longtime July For Kings fans will undoubtedly relish this effort. This album may also be a gateway for new fans and younger audiences to appreciate the wall-of-guitars sound that reigned before flannel gave way to plaid and earnest Alternative became ironic indie. For those of us who never lost interest in music that was at once powerful and humble, you may now eat your heart out in Middletown--if just for July.

This album was resuscitated once by Eric Stewart and again by Aaron Thomas, John McGuire of jmacstudios.com and Michael James at indiepromix.com. Thank you all for your patience and encouragement.

A rock band from Cincinnati, Ohio.